It’s March!   Spring Training has begun for MLB ball players down in Florida and Arizona, and that has always been my general sign that it’s time to start riding/training again for the Summer’s upcoming riding events, and there are several on the Radar.

This weekend was a big weekend for riding in the KC area.   The weather clicked up a couple degrees and made it nice to be outside.  Several did get out, and hopefully they’ll post about it 😉 (Lynne, Karin…  I’m talking about you here!).  For me,  I was finally able to get out on Sunday after having to get out of town earlier during the weekend for family events.  I got back into town Late Saturday evening, and early the next morning I was pinging the Slack group to find out who wanted to get some miles in.   Bryn, Nancy, Brad, Andy, Keith Thurlo, and I were able to all meet up at Cinder Block Brewery in N. Kansas City to begin our day’s bike adventure.   As would be expected, we started with a nice beer at the Brewery.

The wind was putting up a pretty consistent effort from the South, so we decided to head that way in an attempt to be sure we had it at our backs on the way home.   So we decided that KC Bier Co would be a terrific destination that would give us close to 25 miles on the day, provide a great mid ride stop, and met the targeted direction we wanted to ride.   So off we road!

We cut over to the east and made our way South on the Paseo.   I usually love the Paseo because it’s a more consistent, grinding climb vs the harder climbs up Gilliam, Main, or Rainbow.   In hind sight, with the consistent wind, maybe the shorter but steeper climbs would have been a good choice.   Who knows?   What I do know is that it wasn’t my easiest trip South I’ve ever taken.  Linwood down to the Plaza area was nice though.   Nancy continued to show that all the training she’s done has made her the new Queen of hilll climbing, and Andy, of course, made us all look like out of shape noobs.   Ultimately we reached KC Bier Co, and found a great outdoor spot and a few nice beverages and pretzels to consume.

Our way back was a bit more direct.   Oak to Warwick, to Gilliam, where we shot down Hospital Hill as fast as we could and got back into the downtown area. 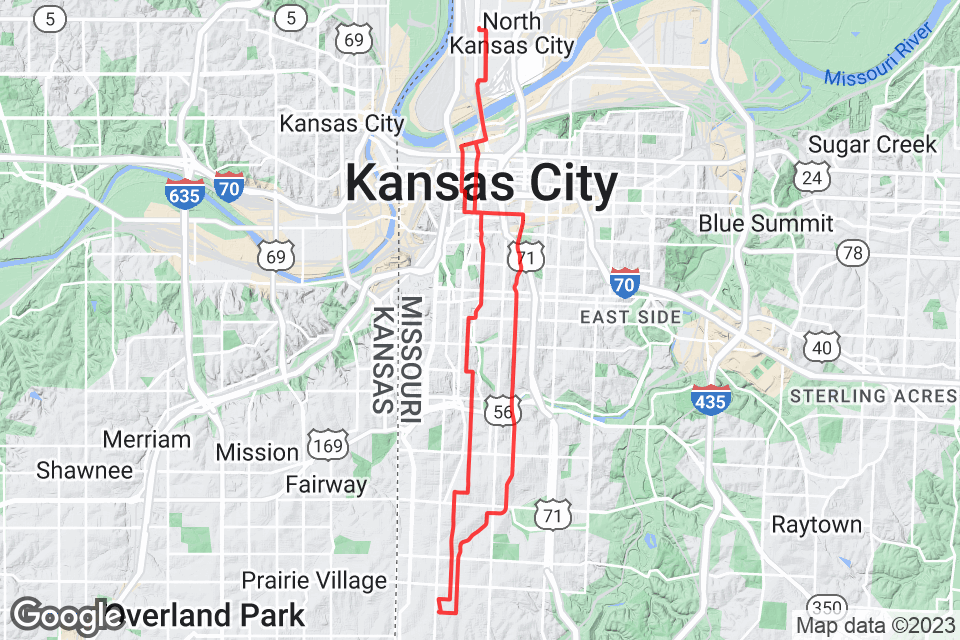 So, I learned that I’m not fully recovered from my bought with the flu.  Breathing was not always the easiest on the ride, but… I’m glad I got out there.  It felt good, and today I’m feeling good.  Got to get back into the training rhythm, cause we’ve got RIDES COMING UP!

I know several our heading down to Oklahoma for the Mid South Ride that weekend, but the rest of us should plan on riding back here in KC.   Meeting at Spokes in Downtown.  Details can be found on the link above.

Get your bike dirty on this gravel ride up in Leavenworth.   Many of us our taking aim at the 50 miler.  Let’s go!  Join us.

If you were hoping to get earlier bird pricing,  well, you just missed out as registration just went up as of March 1st.   Don’t let that stop you from joining though!   Get Signed up for the 30 mile route and meet us at Their new Starting / Ending Location, Berkley Riverfront Park on Sunday the 17th!  This is always one of our favorite rides.  Don’t miss it!

Cheers from the Beer Ride Riders!