That’s a BBBBBBBR for those keeping track!   This past weekend was our monthly BBBR that turned into a lot more as it went along.  Let’s retell it!  Riders this weekend include: Nancy, Brad, Treadwell, Neal, Derek R., Scott, Bryn,  myself, and new to the BBBRide, Cait Purintan and Andy Brewer.

Our morning started out at McLain’s Bakery in Waldo.   Our most common starting location for the BBBR.   The chill of the morning and a mechanical issue or two had people trickling in slowly, but that was alright, as we got the opportunity to hear Andy re-tell his story of heading down to Miami to be a part of the Super Bowl atmosphere.  How awesome is that? His re-telling included a fine re-enactment of one of his buddies who had been so drunk most of the time that it effected his groups ability to make any headway with the lovely ladies of Florida.   Andy’s re-enactment was so good, that he “drunkenly” stumbled back into the wall, and ended up knocking tons of stuff off a shelf above, which came plummeting down on to our table, making a mess and a large ruckus.   I think we, and everyone else in the crowded bakery, got a wonderful appreciation for his situation while he was in Florida.

Around 10:30, we took off on our planned route.   We started south and then cut over on 79th to the start of the Leawood North Loop.   This we took south, through neighborhood roads, down to Leawood Park just south of 435.   We rested up for a bit, but it was chilly just standing there, so we got back on the bikes to keep going.  From there, we continued going south and got on the the Leawood South Loop.  The South Loop doesn’t have the fantastic road signs  telling you where to go yet, but if you’re interested in riding it, you can see the route here.  Combine it with the North Loop, and you’ve got a pretty nice little workout ride.

As we got near the most southern end of the route and grouped up again, Derek threw out the suggestion that we weren’t too far from Martin City Brew Co, so why not cut over and have a drink?  Would you know, not one person in the group dissented?  Shocking…  right?

So we cut over back across the state line and over to Martin City where we enjoyed several good beers and a couple snacks (chicken fingers, fries, loaded tots, sliders, stuff like that).

Since we’d already gone off our original planned route, we decided that instead of cutting back into Leawood and finishing up the Loop, we could head over to Blue River Parkway, eventually get on the Indian Creek Trail, and then head back North from there to finish our ride.

As we were riding north on Blue River Parkway, we came over a hill and saw a SUV parked on the wrong side of the road.  A woman got out of that SUV and started running back along the road towards a guy who was maybe 30 yards further down and kneeling on the side of the road.  Odd…  As we passed the woman, I could hear her on the phone, “I need to report an accident.”  That got my attention and I took another look at the gentleman kneeling up ahead, and saw blood pouring down the side of his head.  My first thought, “Oh my god she just hit this guy!”  We all pulled off the road to see if we could be of any help.  Where we pulled off happened to be on a small bridge.   It was only then that we could see the gentleman’s vehicle…  on its side… in the creek… about 15- 20 feet down a ravine.  Derek and Bryn immediately started seeing to the man:  Derek getting down in front of him, helping to brace him up, and asking questions;  Bryn, getting out what tissues we had and trying to apply rudimentary first aid cleaning and applying pressure to the man’s head wounds.   Scott went down to the creek and his vehicle to make sure no one else was in the vehicle.  Several helped the woman on the phone identify exactly where we were to the 911 operator.  Brad and I both went down the road in different directions to slow down traffic as it approached the scene as it was kind of in the middle of a blind turn.  Treadwell gave the man his jacket as the man was shivering and cold.   I’m sure many others in the group took other important actions as well, just these were the ones that stood out in my memory.  As we waited for responders, we were able able to get a couple facts from the gentleman.

Emergency responders started showing up, honestly,  pretty quickly.   When they got there we learned that the man also had a broken ankle or leg and his foot was not pointing the right way when they put him on the gurney.  Amazing that he was able to climb up that hill to get back to the side of the road and flag people down.   Had he not, he’d have been in big trouble, because you couldn’t see his SUV unless you got to the side of the bridge and looked down.  Not that we’re medical professionals, but we were also pretty sure the man had a fractured skull based on the head wound and the obvious ridges.  The EMT’s dressed his wounds and loaded him up in an ambulance.   The fire department gave us some disinfectant for those that got a little blood on them, and eventually we collected ourselves and started our ride again.   We left the police and a very dumbfounded tow truck driver trying to figure out how THE HELL they were going to get that truck up out of the creek.

We got back on the road and eventually found our way over to the Indian Creek Trail.   There Bryn and Cait proved how tough they were, as if there were any doubt, by slogging through some sloppy, sucking, gravel and sand on their road bikes.   The rest of us slogged through it as well, but most of us were on wider tires.  Props to them!  We eventually headed North on Holmes, then through various neighborhoods on the marked bike routes, up the Trolley trail some and eventually got to our final destination, KC Bier Co’s 6th Anniversary Party!

Some of the group shed off here, as our ride finished much later than we originally planned, but a good portion went into KC Bier Co.  Those of us that had tickets, went back into the brewery proper where they had 5 different stations setup serving various rarer vintages of their beer.   They also had a great German Oompah band playing.   We met Craig Miller there, and also several others from the cycling community.  I found out that KC Bier Co has a Sour beer that I actually like!  First ever!  Who knew?

Those that didn’t have tickets stayed out in the main beer hall and also enjoyed several fine beers and some food.   When those of us back in the anniversary party finished all our free tastings, we met back up with them in the beer hall, where Karin Jones also joined us, and we finished up the day on a high note having good drinks, laughing, and reliving the day’s adventure.

Here’s the route we took: 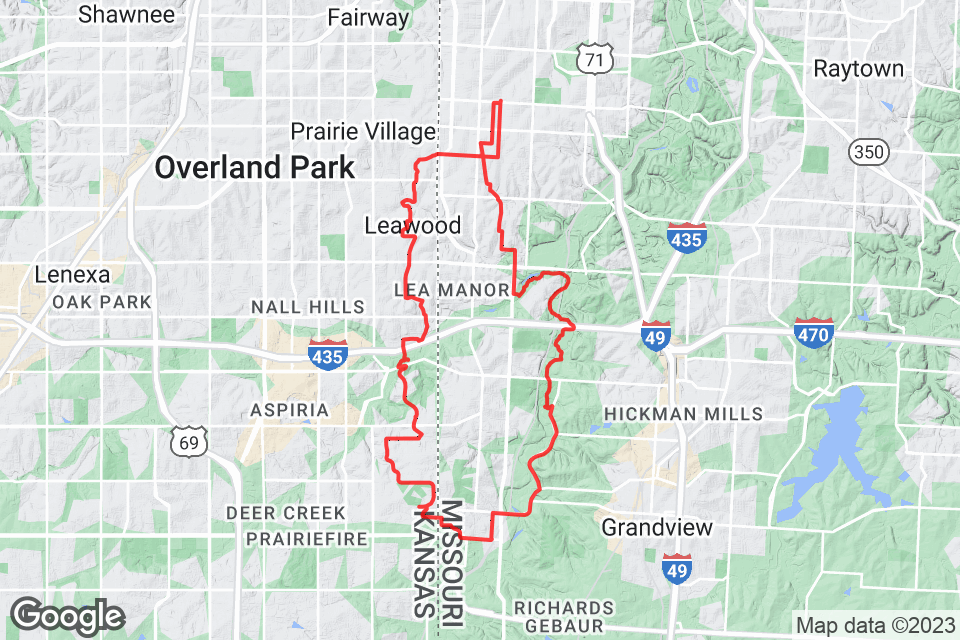 Had a really great ride, unfortunately we were among the first on the scene of a terrible car accident after a guy tried to avoid a deer and ended up down a ravine in a creek. Guy pulled himself out of his suv with a fractured skull and foot, and flagged us down on the edge of the road. Think he’s going to be alright. Damn lucky if you ask me.

Cheers to the crew!  In the end, for a February weekend, it was a great day to be out on a bike.